Having a pint in the County the other night when one of the lads asks
"Why is it that Killy lake can be stuffed with swans and Big Waters rarely has more than one pair? "
I was unable to satisfy his curiosity.
I need a sound answer to this one, before I meet up with him again at the beginning of next week , 'cos my mate is not one to be fobbed off with any old rubbish.
Thanks in advance.
Posted by Citybirding at 18:09 3 comments: 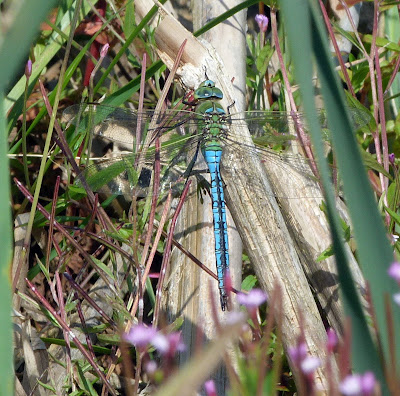 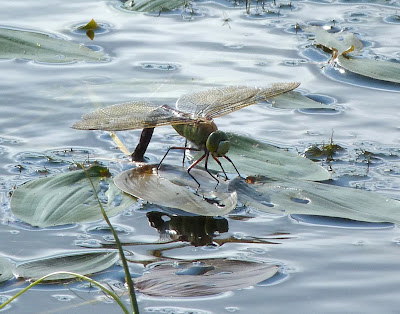 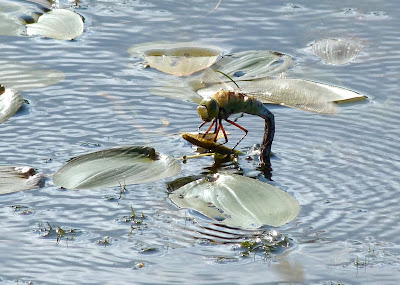 After watching one male hawking up and down the edge of the reeds for about fifteen minutes it suddenly dived through a gap in the reeds and I guessed settled somewhere in that area. So I did my Ray Mears bit and circled around it so that I was between the sun and the presumed basking dragonfly. I edged forward to where I guessed it would be perched, scanning every possible spot. After ten minutes of inching forward I thought, enough, I'm off for tea. Took one step forward only to have both male and female rise a yard in front of me and hover a foot in front of my nose before heading off over the pond.
Still there's always next time.
Posted by Citybirding at 19:35 1 comment:

Earlier today, St. Mary's Island, wind from the North, Sanderling, Knot, Turnstone, Golden Plover and Dunlin all present - it must be autumn. But no, they are all in their summer kit.
What a spectacle! 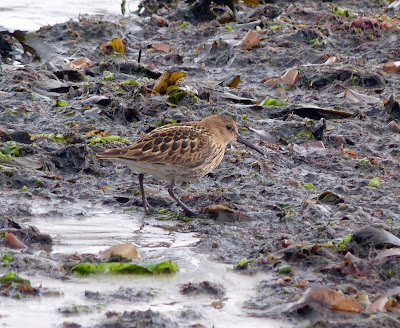 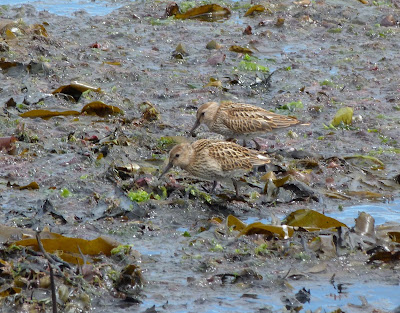 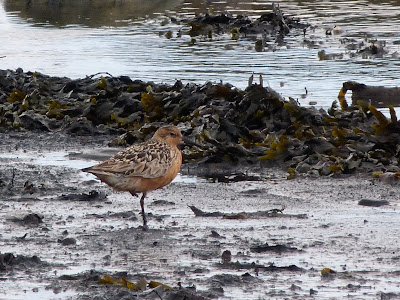 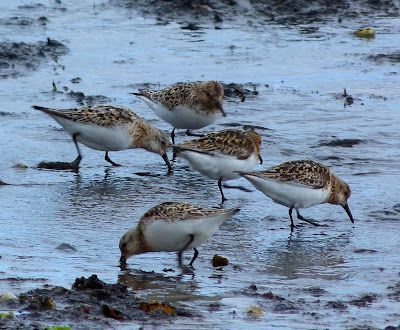 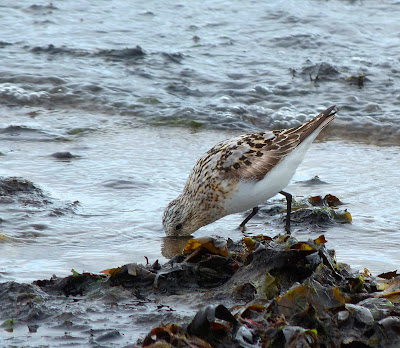 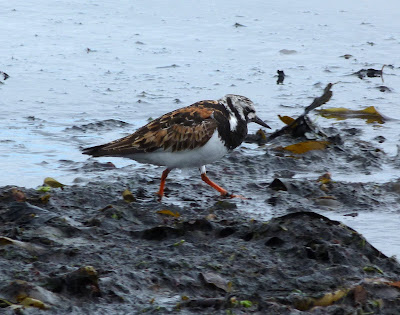 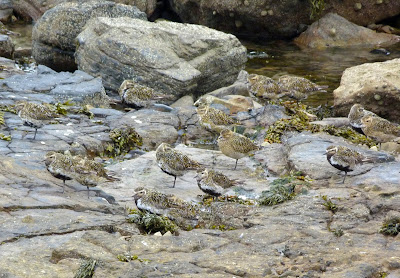 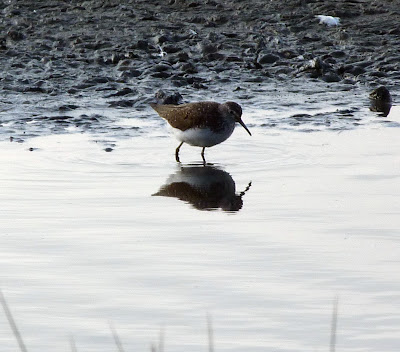 and what I believe to be an immature male Southern Hawker
and of course loads of Damselfly
Posted by Citybirding at 20:09 2 comments:

A walk around the main pond at the south end of Newcastle Great Park produced five male and two female Emperor Dragonfly.

We left Seaton Sluice to wander along the cliff top path at Old Hartley. The number of butterfly about was quite remarkable. These included-
Common Blue male

Common Blue female
Meadow Brown male
Meadow Brown female
Six-spot Burnet. Don't think I have seen so many on the wing
There were dozens of Small and Large Skipper, and of course the Hartley Alpaca herd
and it was a pleasant surprise to bump into Howden Blogger - John and his better half.
I've left the bird sightings for him to report, apart from this shot
Posted by Citybirding at 19:48 2 comments:

An early evening wander around Big Waters produced a sighting of a single Banded Damoiselle at the east end of the water.

At the hide it was a surprise to see three Great Spotted Woodpeckers in the feeder area all at the same time
Posted by Citybirding at 21:26 No comments:

During a brief walk around the east end of Big Waters this morning we watched an Emperor Dragonfly, Four spotted Chaser and a female Common Darter which is a first for me this summer.
The place was alive with Damselfly.
Posted by Citybirding at 12:58 1 comment:

This afternoon in a Sunniside garden we watched a Hummingbird Hawkmoth working its way around the garden flowers probing for nectar.
Its only the second I have ever seen. This first being in an Algerian garden, thirty-five years ago.
I understand that while some are resident near the south coast, most make their way here from the continent.
Posted by Citybirding at 22:23 3 comments: