These snowfalls seem to be driving the birds in close to feed.
Today has brought many  Great,  Blue and Coal Tit, Pied Wagtail, Blackbird, Mistle Thrush, Starling, Robin, Dunnock and House Sparrow onto the garden feeders. Also spotted half a dozen Waxwing when out for a newspaper this morning.
Grabbed the camera but they had moved on before I returned. 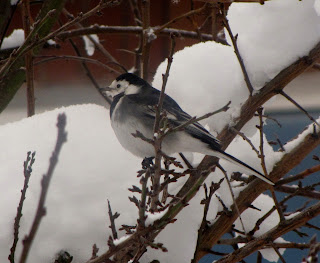 The amount of snowfall only a couple of miles north of Newcastle city centre is remarkable.
6"+2"earlier nights +4" Last night has really got the birds struggling.
This Wagtail this morning is only the second we have had in the back garden. 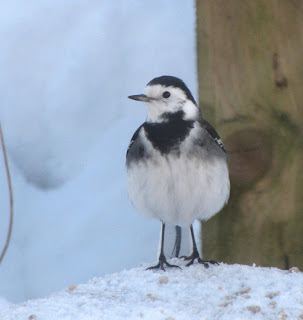 Posted by Citybirding at 11:35 No comments:

This afternoon I had a wander at Prestwick Carr.
The shooting range was in operation so my planned walk up the bridle path was scrubbed. Pity because there appeared to be a large Redwing flock on the Hawthorn between the first and second gate.
However a walk along the bumpy road brought a couple on nice sightings, both of birds just sitting waiting for some bait to appear
This Buzzard did pounce once onto the field below without success. 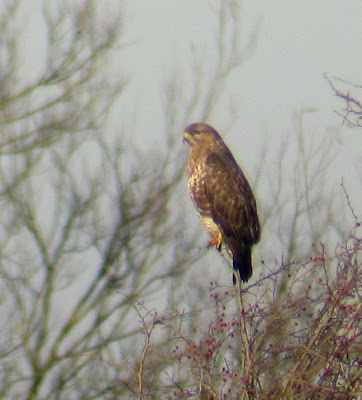 and the Kestrel had to take flight in search for its next meal. 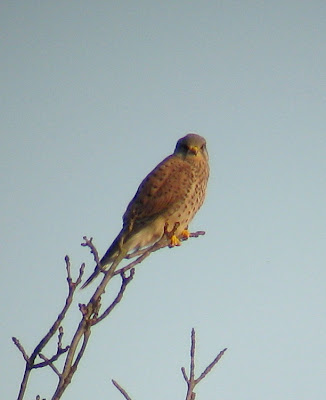 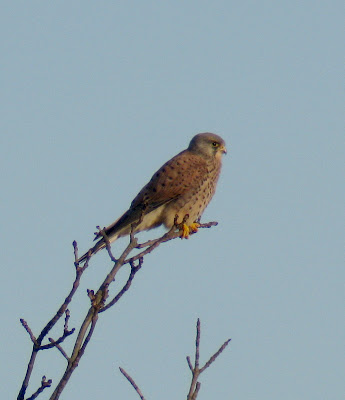 With all of the news about exotic Herons, it seems a bit low key to post a pic of a Blackbird,
but the reason I grabbed the camera was because I had twice watched this bird hovering while plucking cotoneaster berries from the bush, unfortunately it didn't perform for the camera. It is the only time I have ever seen a Blackbird manage to hover. 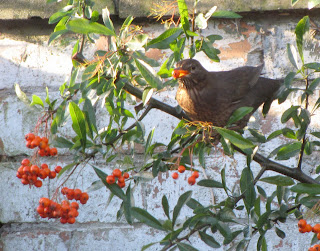 Following our two sightings of Waxwing earlier in the week, with poor light, and no camera anyway, it was nice to see some more this morning.
Driving through Prudhoe was just approaching the fire station when I spotted them flying across the road. So a quick park up in the swimming pool car park and sure enough there were seven or eight of them flying from one tree top to another in the area of the Fire station, and I had the camera. 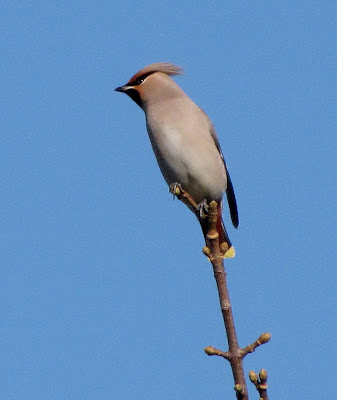 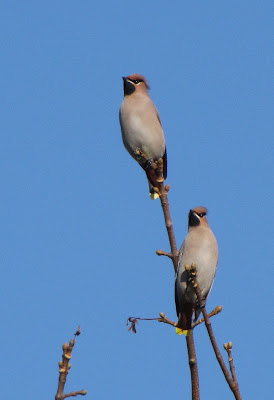 Its always worth dropping in for a look at Sled Lane pond if you are in the area, particularly when you can enjoy a Blagdon Burger at the garden centre cafe which is adjacent to the pond.
On the water were two male Shoveler with one female 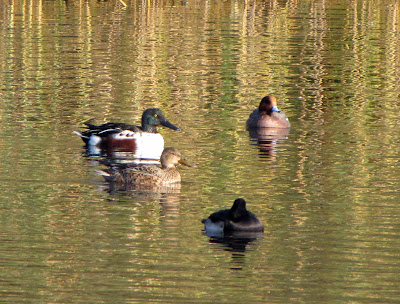 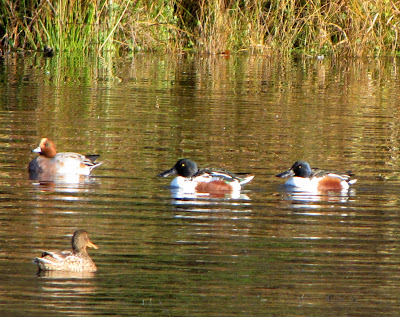 Wigeon and Tufted Duck were present in good numbers as well as this, which at first I thought a Scaup 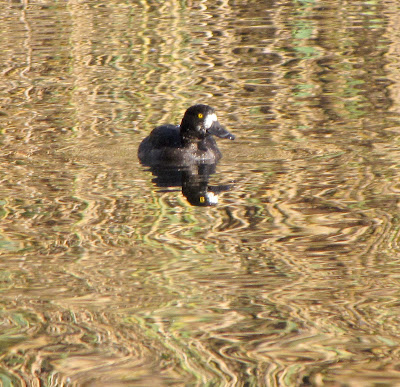 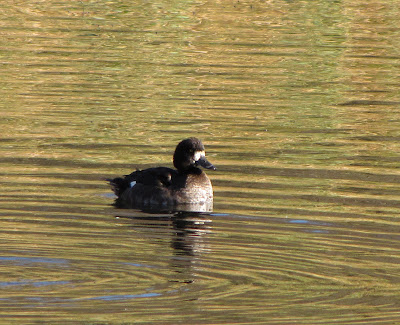 With reference to Collins the white band  just behind the black bill tip suggests it may be a Tufted / Scaup hybrid. But most likely I've just read that female Tufted sometimes exhibit the broad white band.
Any opinions? 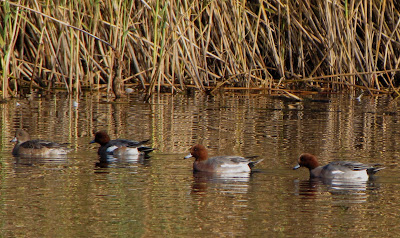 More of the same Waxwings

Had to return to Kirkharle today and sure enough there is still a  flock of Waxwing feeding on the elderberries along the side of the approach road. However they have appeared to have consumed 80% of the berry harvest so I reckon they will be gone sometime tomorrow.
Posted by Citybirding at 16:00 No comments:

We visited Kirkharle Courtyard this morning and finished off with a nice lunch. On the way out a Buzzard was seen coping with a strong westerly and as we exited the site there they were, getting stuck-in to elderberries.
I managed to edge the car slowly alongside the bush without spooking them, so we were able to watch about three dozen Waxwing feeding at low level no more than ten feet away.
Magic.
Posted by Citybirding at 13:35 No comments:

Its been almost a year since we last visited Clara Vale LNR, so we popped along there this morning.
A Water Rail was not long in putting in an appearance. Just look at the length of those toes! No wonder it appears to walk on water. 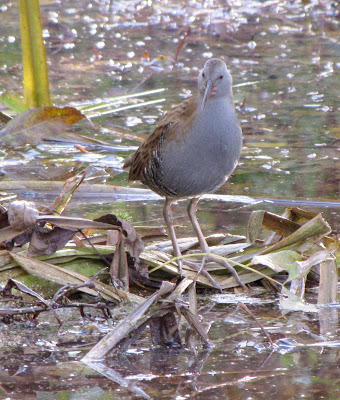 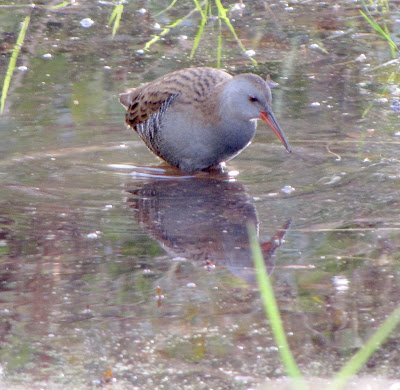 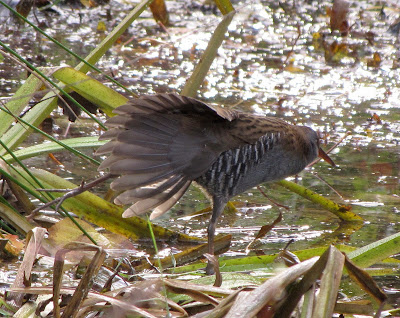 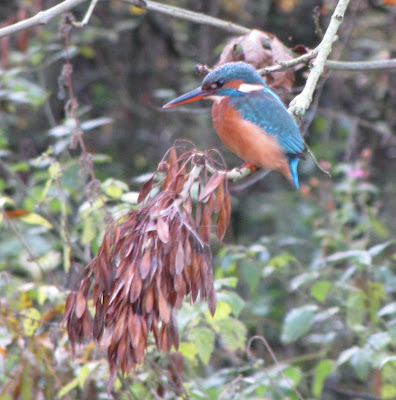 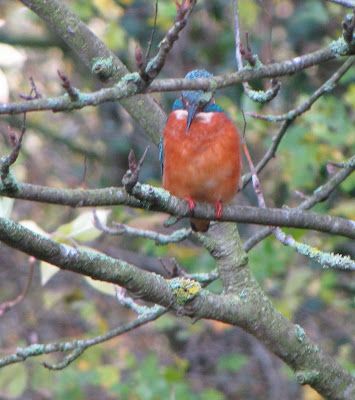 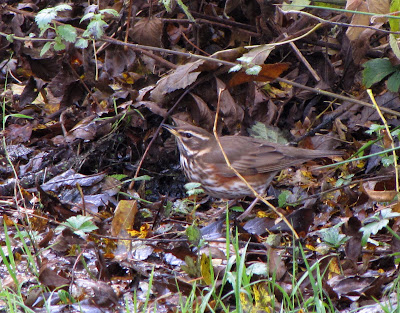 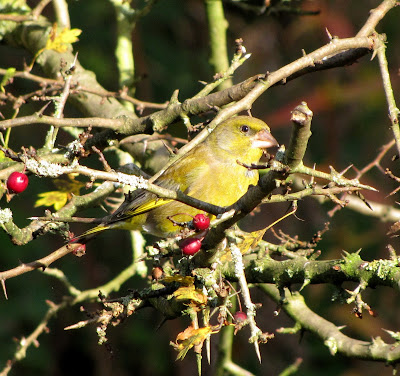