Earlier this week I drove to Rothbury then over to Otterburn with a detour to Harwood.
In the river next to Rothbury car park was this Goosander. 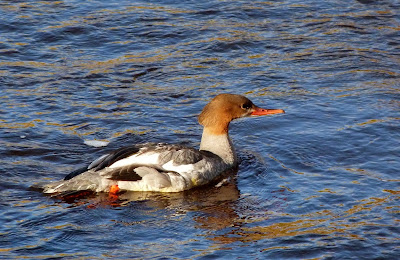 The next stop was Rothbury Family Butchers whose steak and kidney pies are simply the best together with their fresh baked pastries.
Further up the valley was a large thrush flock taking advantage of the berry harvest.
At Harwood I was pleased to watch two Red Squirrel by the roadside 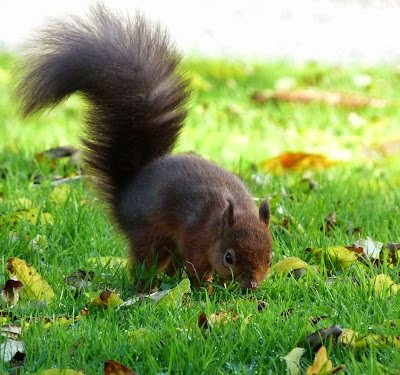 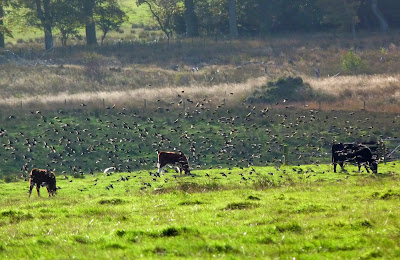 A buzzard dropped out of the forest into the roadside hedge and out of sight as if by magic.

Last week had me visiting Ilkley.
Not having been onto the famous moor before, I stumbled upon the road sign pointing the way upward so took the car about two thirds of the way up and upon parking noticed a large flock of birds directly ahead of me.
They were a mixed flock of Fieldfare and Redwing. 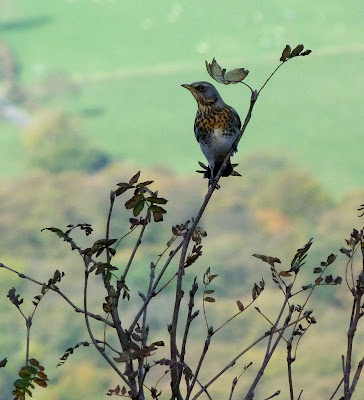 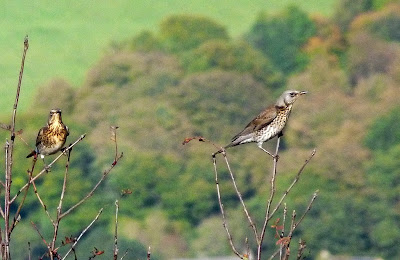 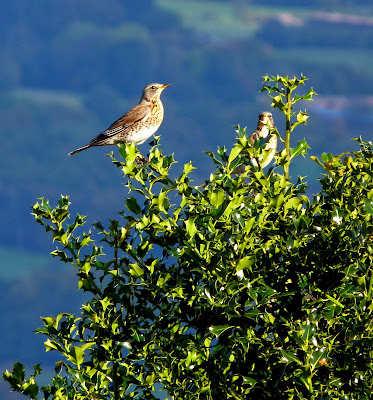 which provided the attraction, although it was apparent that most of the Rowan were already stripped bare of berries. The birds were constantly on the move between a stand of nearby conifers  and the target bushes 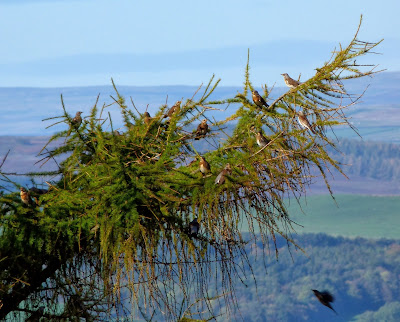 but I reckon 300-400 birds were in the flock. A lot of the birds were down on the ground under the bracken where I guess they were feeding on bilberry, although it seemed a bit late in the year for that.

Earlier Red Kite, Buzzard and Sparrowhawk were seen in the air

It was only afterwards that I enquired about the famous line

which turned out to be appropriate 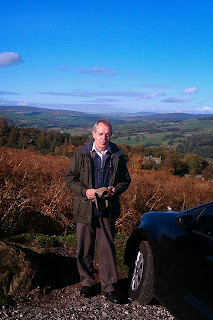 
One of the most consistent sightings when walking along the bumpy road recently, at Prestwick Carr, has been of a Bullfinch. A good number of first year birds will hopefully produce more views next year. 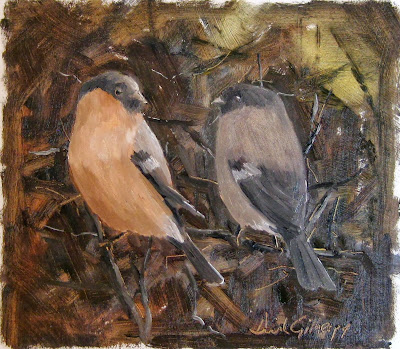