Had a wander around Big Waters and Newcastle Great Park in search of Dragonfly, resulting in no sightings.
However there were plenty of Azure and Blue-tailed Damsels to keep me entertained

Although I've yet to see a Dragonfly at the Great Park I know they are there after spotting this quite large exuvia
Posted by Citybirding at 17:51 No comments:

Can't pass Clara Vale LNR without a quick whizz around. I thought it would be a 'nailed on' for a Dragonfly or two, but was wrong -again. However just past the pond we spotted a Jay panting in the bright sunshine.

and loads of Azure Damsefly
a quick visit into the hide produced only Blue, Coal and Great Tit.
Posted by Citybirding at 18:50 No comments:

Had a wander around part of Weetslade CP this afternoon. I was hoping to spot some Dragonfly activity and I did watch a large blue Dragonfly patrolling back and forth but could not identify it. There were small numbers of Large Red Damselfly.


There were, however, some stunning orchids on show. The flower head on this first one was at least 6" tall


A Common Buzzard rose from the adjacent woodland and soared into the sky
Posted by Citybirding at 18:25 No comments:

A lunchtime wander around Havannah and Big Waters produced a couple of nice sightings of newly emerged Four-spotted Chasers, and loads of blue Damselfly. 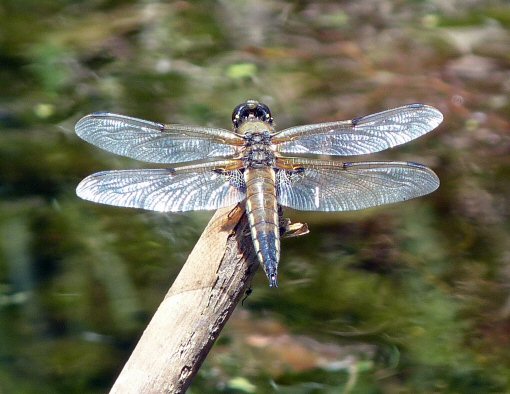 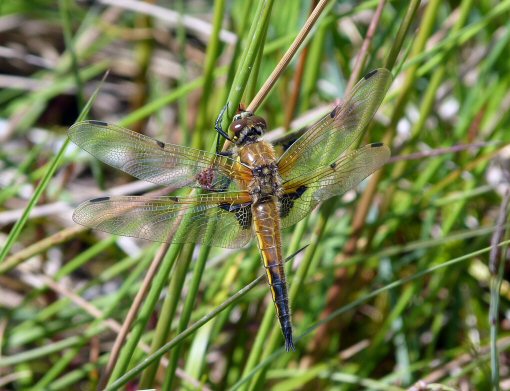 Its thanks to PCF for giving us the 'heads up' to visit Bellasis Bridge this morning and be able to watch these fantastic creatures in  full sunlight. 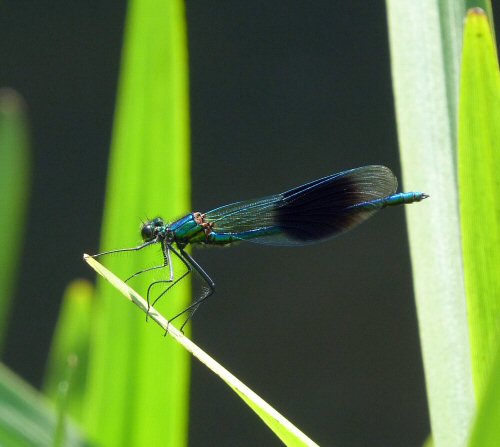 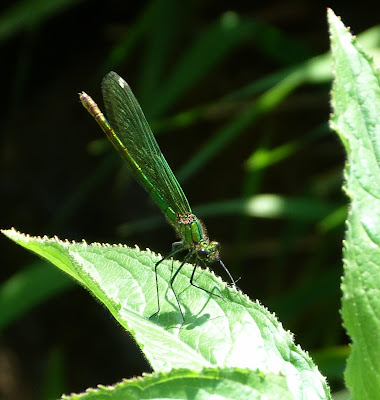 I find it amazing that they appear in the same spot at the same time each year
Posted by Citybirding at 17:20 2 comments:

Thought it was time to review Kibblesworth Ponds for Dragons and Damsels, so we ambled over there about 11am this morning and it was red hot.
There were about 40-50 Four-Spotted Chasers and countless Azure, Blue-tailed, Common Blue and Large Red Damselfly 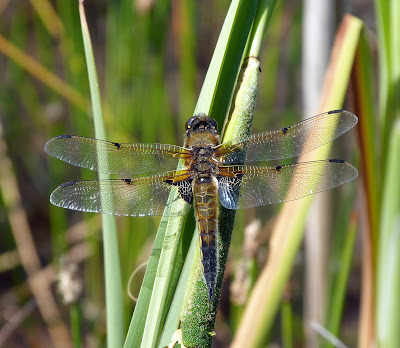 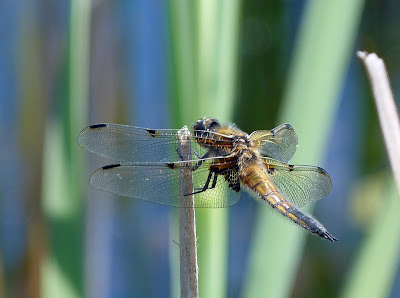 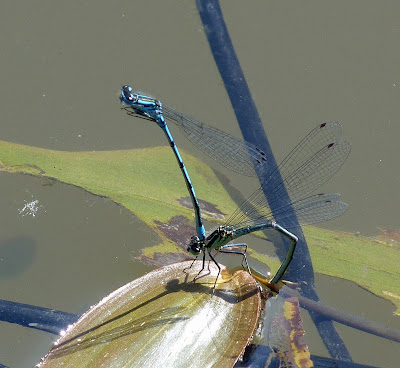 Talking to a regular visitor to this pond, he said that the chasers had first appeared about 2-3 weeks ago, agreeing that was much earlier than normal.
I also checked out the two Hedley Ponds near Birkheads where there were numerous Damselfly but no Dragons.
Later in the afternoon did a quick circuit of  Newcastle Great Park pond where again there were many Blue-tailed, Azure and Large Red Damselfly
and quite a number of newly emerged Damselfly 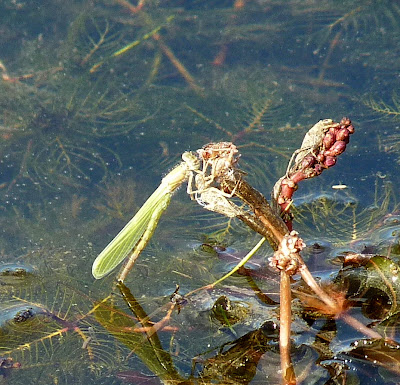