Hows about this for colour.
On the garden feeder taken thro the glass so its actually better than this 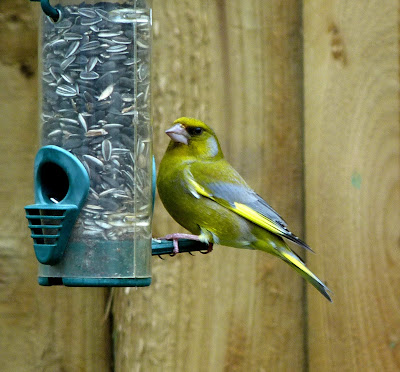 Posted by Citybirding at 11:01 No comments:

We had a wander around Rising Sun Country Park this morning and was pleased to see quite a few Large Red Damselfly. 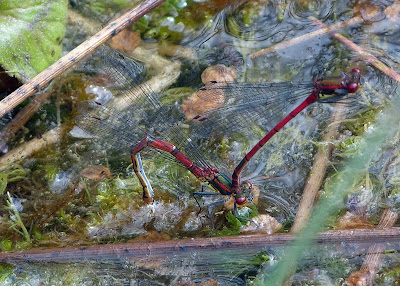 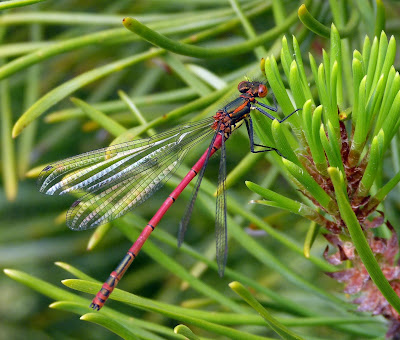 and there are good numbers of flowering orchids. I believe this to be a Northern Marsh Orchid﻿ 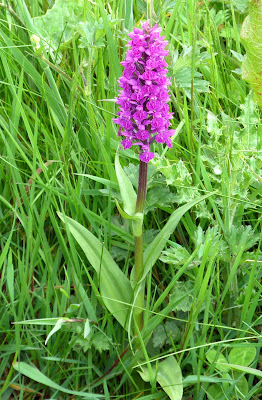 and of course Red showing off his new, fast growing 2011 antlers 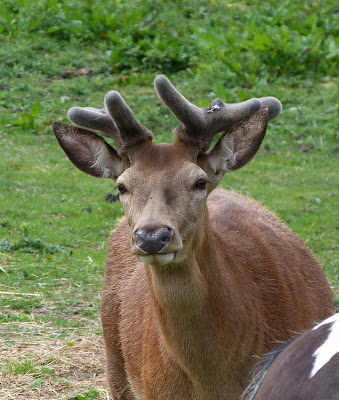 Have just returned from a visit to the Isle of Mull. We have been there before twice and know that you cant expect a week of fine weather. Nothing changes and the first Sunday and Monday were complete washouts literally, but started to improve from the Tuesday morning.
Tuesday was our first encounter with White-Tailed Eagle as it flew across the road ahead of us at the head of Loch Na Keal. 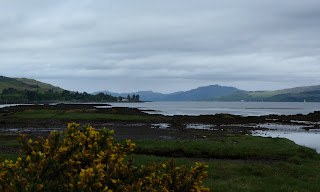 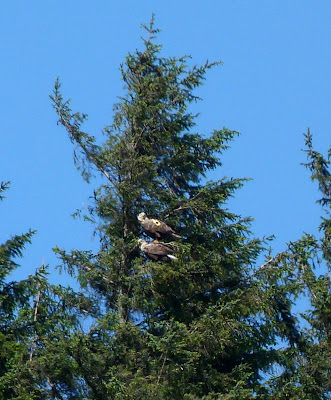 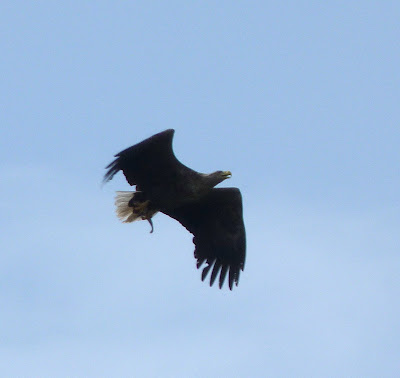 We had many separate sightings of this huge creature with another near Lochdon as it crossed ahead of us and another sitting quietly on its nest in a different location.
We also had great views of a Golden Eagle as it came over the top of a hill and then proceeded to traverse  back and forward across the face of a cliff in front of us before soaring up, up and away.
On a trip from Dervaig to Torloisk we felt very fortunate to be able to watch a Short-Eared Owl hunting 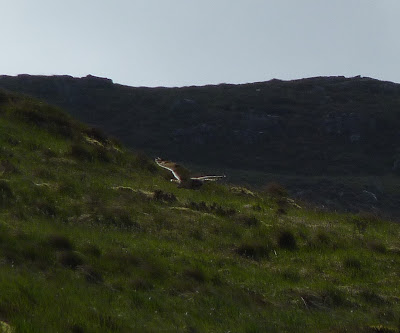 Some of the birds mentioned above are the symbol of Mull but I am always surprised at the numbers of Common Sandpiper, Wheatear and Snipe which are to be seen all over this island. This Snipe caught our attention when driving to Tobermory one afternoon only for it to be in the same area as we drove back down the same road the next morning 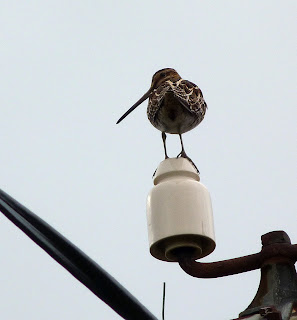 Conditions were not conducive to loch watching but we did see Great Northern Divers in quite a few locations. A very enjoyable week.
P.S.
Spotted this Harrier directly above but was unable to decide Hen or Marsh? 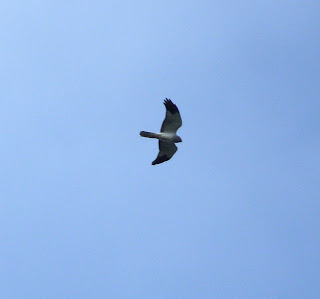 Had a wander around one of the many patches of water in the Newcastle Great Park. 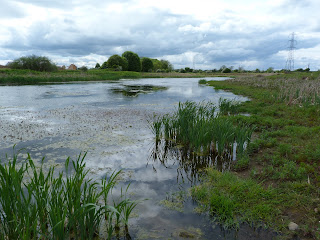 My primary interest was to establish if there were any Damselfly present.
Despite the poor windy conditions there were good numbers of Blue-tailed and Azure Damselfly. 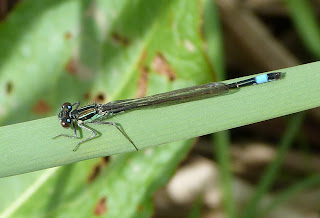 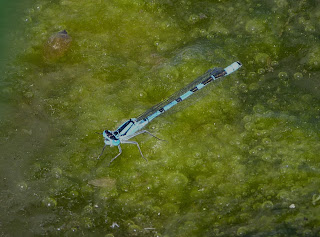 There were also quite  number of exuvia to be seen just above the water level. 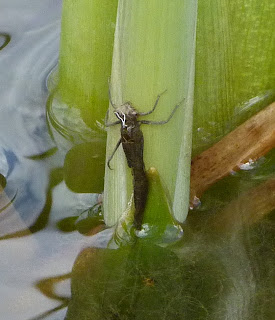 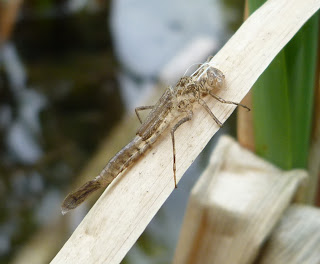 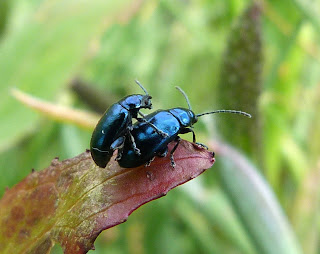 and a few of these Small Copper butterfly 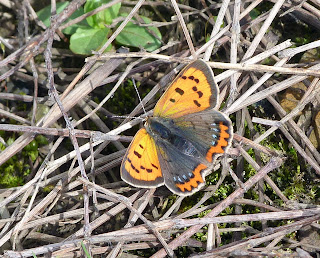 We visited Thornley to fix the location of a dragonfly pond suggested by SW  , and the directions were spot on. At the time of visiting there were half a dozen Large Red Damselfly and a spot of reproduction going on - 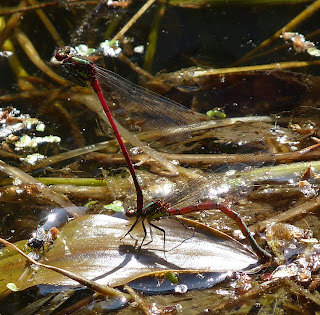 Then it was up to Highfield where we were royally entertained for three hours by low flying Red Kite trying to master the art of chicken leg gathering.
This one below has its eyes firmly fixed on the target. 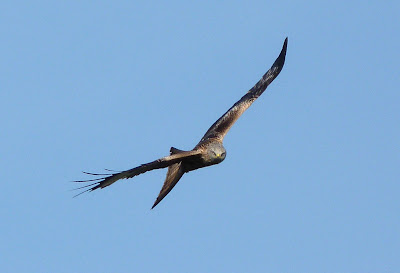 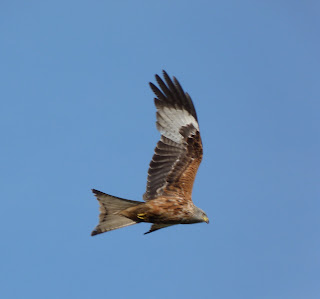 I paid a visit to Shibdon Pond in the late evening and Managed some nice views of Greenshank, Shoveler, Common Sandpiper, Grey Wagtail as well as the many current residents 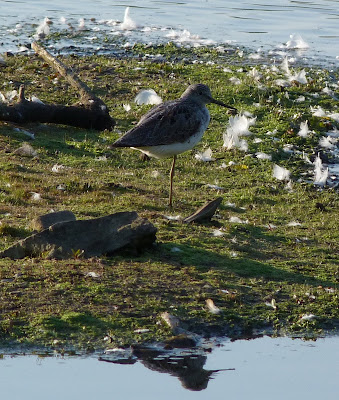 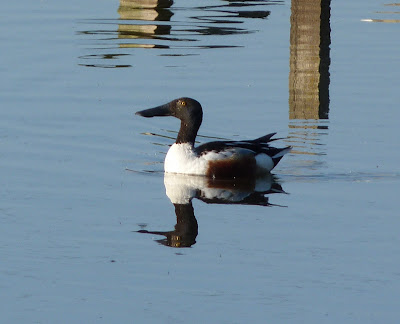 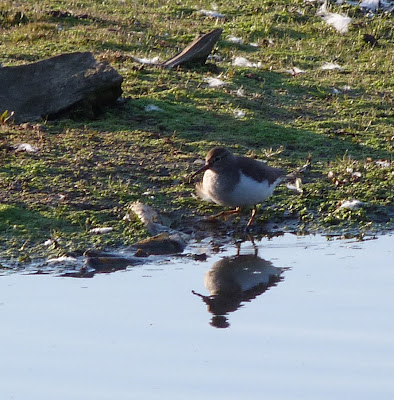 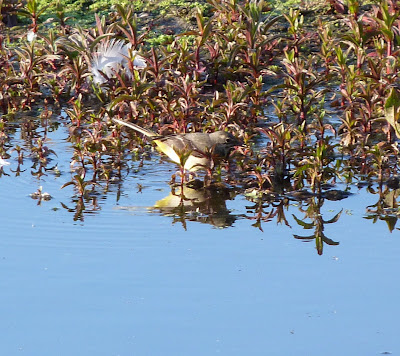