We had stocked up with provisions at Costco this morning when I suggested having a walk across the road to see what was on the river. Three pairs of Shelduck, and a single bobbing Common Sandpiper were a pleasant sight.
Posted by Citybirding at 19:55 No comments:

A visit to see family today presented the opportunity to spend a bit of time Kitewatching in the Derwent Valley. Now,  having a coffee, sitting in the conservatory might not be everyones idea of birdwatching but the Kites were soaring over the houses time and time again. 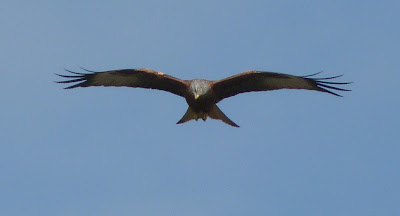 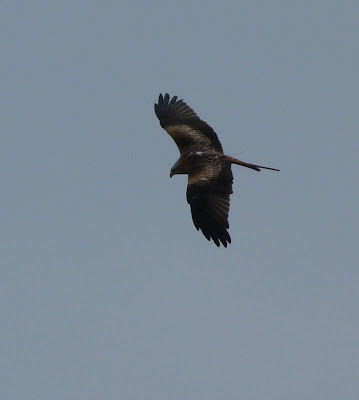 I've read where there is some doubt as to why they have not spread away from the Derwent Valley more quickly. Well I can tell you why, and its because they are too well fed where they are. Left over chicken seems to do them nicely.
Seeing seven or eight of these birds together makes quite a sight. 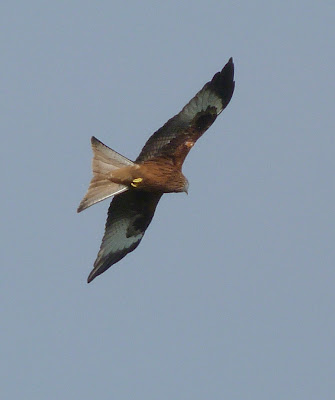 Whilst walking between Rowlands Gill and Highfield along the roadside path we spotted a Kite scouring the roadside verge, ahead of us,  from no more than ten to twelve feet above ground which was how high it passed over our heads.
During a walk over the old Garesfield Colliery site, which is having a makeover by Gateshead Council, we saw Roe Deer and heard Tawny Owls. 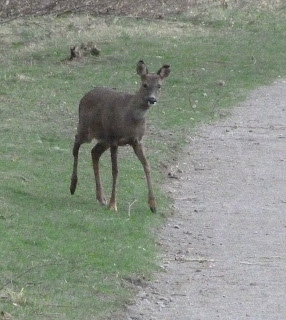 The makeover work is involving removal of non local broad leaf and conifers and the hard topping of footpaths, and is making for an interesting location for a wander, with fantastic views over the Derwent Valley.
Posted by Citybirding at 18:41 No comments:

Finally managed to capture a shot of one of many butterflies which have appeared over the last couple of days. 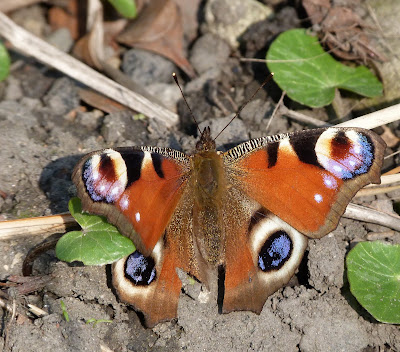 Peacock
Posted by Citybirding at 12:25 No comments:

Today's fine weather has brought out a few butterflies and this, first for me, Ladybird 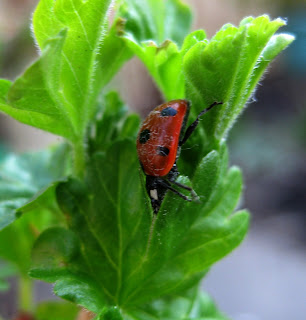 Posted by Citybirding at 16:49 No comments:

Taking advantage of the super weather this morning we headed for Creswell first stop where there were Pink-Footed Geese in the field west of the hide. 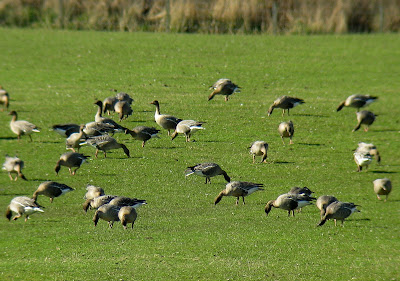 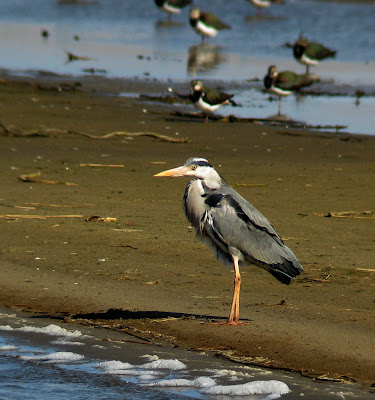 So it was up to Druridge Pools where, in the flooded fields, we spotted a pair of Pintail
amongst the numerous Teal and Wigeon 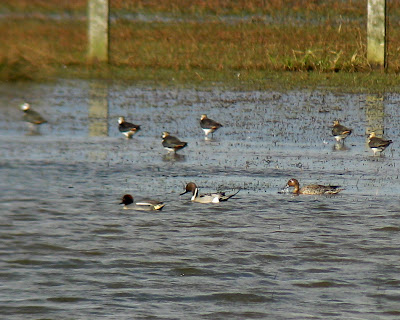 A couple of  pairs of distant Gadwall were on the pond 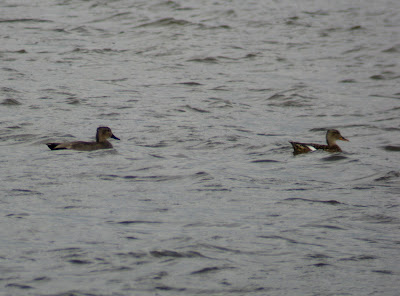 and fleeting glimpse of distant butterflies were still nice to see.

Lunch at The Barn and then up to Hauxley.
Amongst many Redshank and Curlew was a single Bar-tailed Godwit and two or three Dunlin 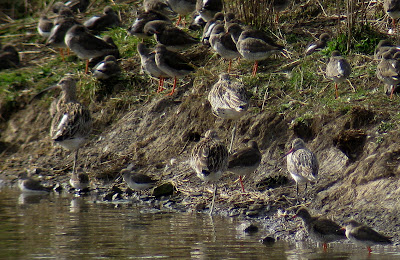 Lots of Shelduck, Wigeon, Canada , Greylag geese. Again four or five fleeting glimpses of butterfly - none identified
At Amble approx 30 Eider were gathered in the harbour 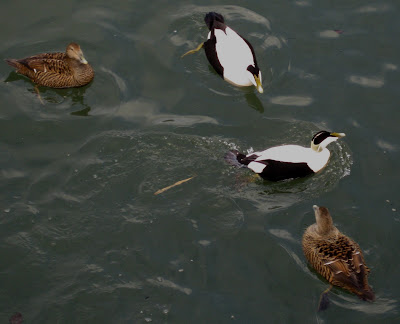 A passer by said that he was quite sure that he had seen a Swallow on the wires at Creswell.
Posted by Citybirding at 18:43 1 comment:

Was out in the back garden this afternoon when I heard a Buzzard call.
Managed to spot it high, very high,  so grabbed the bins and was pleased to see three of them soaring above the Town Moor.
Then they suddenly went into losing altitude at some rate in a S.W. direction and out of sight.
This one below is from a different sighting a couple of weeks agao. 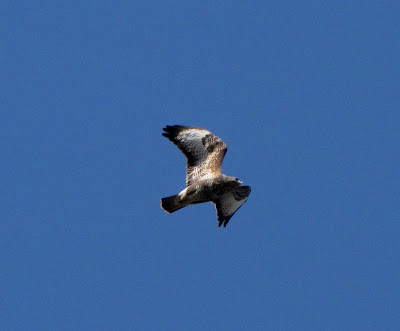 Posted by Citybirding at 17:30 No comments:

We had spent the day near Windermere and were returning to our lodge when I realised that Grange over Sands was a place I knew nothing about, so the first sign I saw we turned right. I had in my mind to get to the shore to look out over Morcambe Bay but realised that the railway ran between the town and the waters edge. While looking for a route under the railway I spotted a park pond with a lot of birds on it, so parked up a soon a possible.
We wandered into the public park and toward the small pond when I saw, a female Mandarin. This could be good I thought as I spotted a Male, then another, and then many more unusual birds, by which time the penny dropped.
It turns out that this Public park pond is populated with unusual birds through the efforts of a local individual who we were unable to identify.
Although captive through wing clipping, I still felt they were worth a mention. 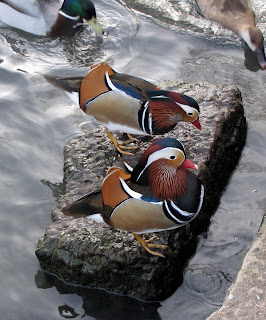 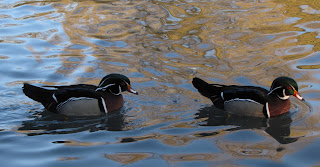 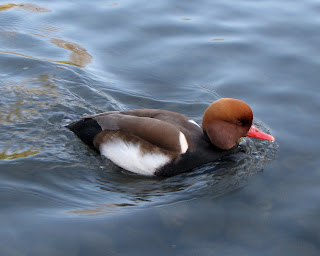 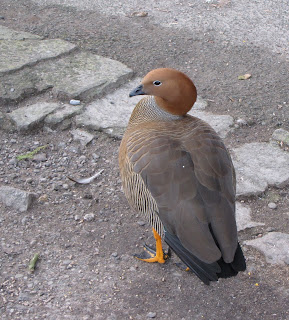 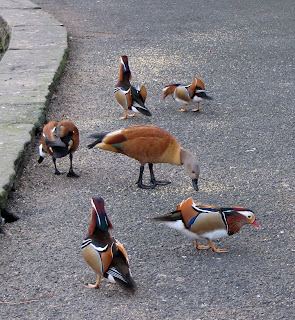 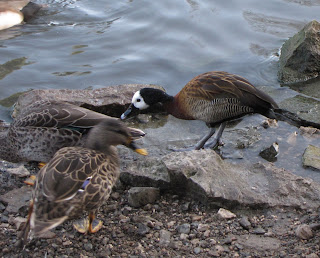 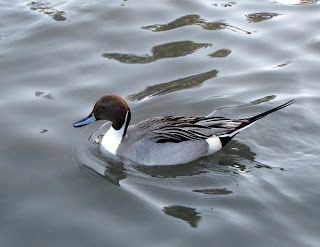 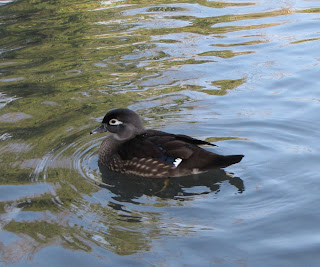 Apparently they lost five female Mandarin as a result of Foxes and Badger during the winter.
This was where I secured my Pintail photo which I included in an earlier post
Posted by Citybirding at 17:35 2 comments:

Further to my last post we had a short visit to Leighton Moss with a particular target of the female Marsh Harrier. We had wandered down to the Public Hide where there were small numbers of Goldeneye, and Wigeon but not having the time to sit and wait I suggested we do a bit of walking. Just as I got off my seat and had one last look out there was the Harrier, just above the reeds. It turned away from us and up over the crest of adjacent hills and out of sight. At least we saw it.
Away from the hide I thought I heard the 'ping' of a Bearded Tit but did not get a sighting as half a dozen Buzzards circled above.
We moved to Jenny Brown's Point just south of Silverdale. What a cracking area for coastal walks. A group of at least one hundred Pintail  feeding near was a memorable event.
I didn't take this photo there but I'll tell you where I did  later 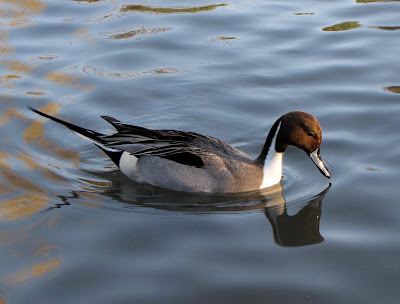 Just North of here at Know End Point the walk at the head of the beach included Great Spotted Woodpecker, and a couple of Nuthatch in the trees at the head of the beach.
The walk was nicely finished at the Bakehouse at Silverdale with a hot pastie, cream and jam scone and a huge coffee. Nice.
Posted by Citybirding at 20:46 1 comment:

Trip away-back in the groove

We were very fortunate to be given the opportunity  of a week's break with Ann and Lon in the Carnforth area of North Lancs.
Prior to visiting I had been watching the Lancaster Bird Club sightings which a few days before included a Little Egret and female Marsh Harrier at Leighton Moss RSPB, which I noted as targets together with their Bearded Tits.
We arrived at Pine Lake, where we were to stay, about half an hour earlier than planned so we headed for the area to the south end of Leighton Moss RSPB site, only about three mile away, where I understood the Eric Morcambe hide was located and seemed to have seen some action. Unbelievably the first patch of marsh we drove past, there was the Little Egret. (I understand there are now three)
So it was a good start, and back the the lodge to check-in.
We stayed at Pine Lake in one of the lodges, number 51 to be precise which was first class. I had never realised how warm and comfortable these pine lodges are. 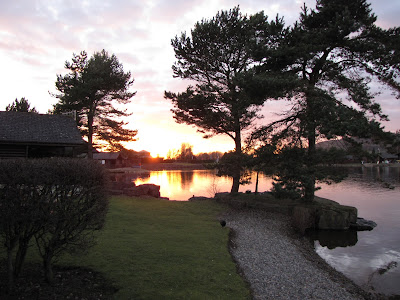 ﻿
The lodge was on the shore of Pine lake and with good numbers of Goldeneye, Wigeon, Goosander, Tufted Duck, Pochard, Oystercatcher, Mallard, Coot, Canada goose, Mute Swans on the water and Treecreeper, Blue, Great and Coal Tit, Chaffinch, Buzzard, around the lodge there was always plenty to watch, even from the armchair. 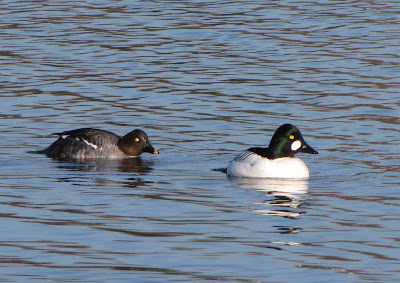 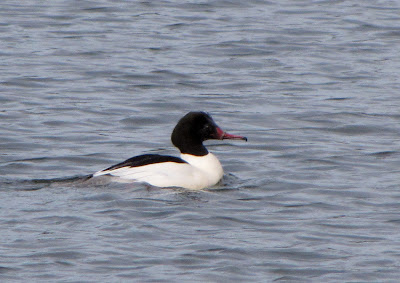 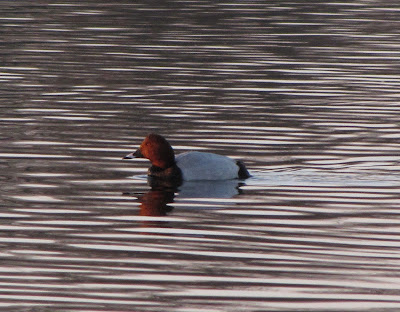 ﻿
We planned to see as much of the area as we could in the following week.
Posted by Citybirding at 21:38 No comments: