A mid afternoon stroll along the bumpy road at Prestwick Carr was very peaceful. We spotted four or five dragonfly hawking along the berry laden hawthorn bushes.
For several minutes we were entertained by a flock of Long-tailed Tits who seem to be still for only only a fraction of a second before being on the the move again. 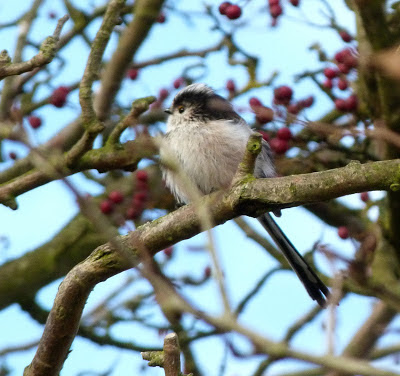 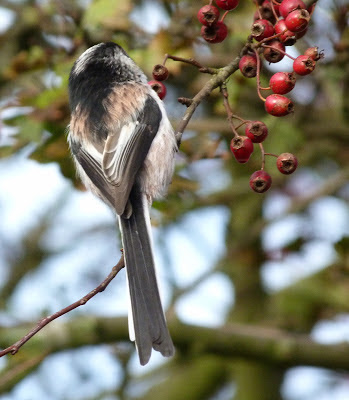 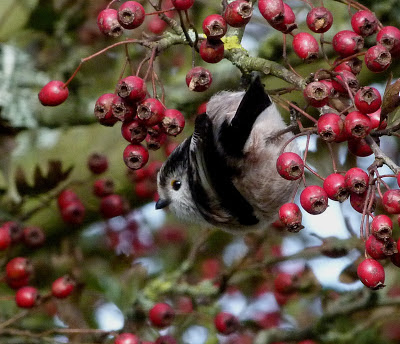 Bullfinch, Great Tit and Coal Tit were present also. Without bins I was unable to decide which geese were at the top of the horsey fields, although I think there was Canada amongst them, along with a good flock of Lapwing
The water levels are not far below the road level and it seems that the least shower of rain will top it up again but a very enjoyable visit.
Posted by Citybirding at 20:06 No comments:

Judging by some recent blog posts I am the only one to visit Holy Island recently and not see any owls despite being in the right place, but, it appears at the wrong time.
However we did see some nice sights.
Just like  this pair of Snow Buntings who were very partial to having people around them 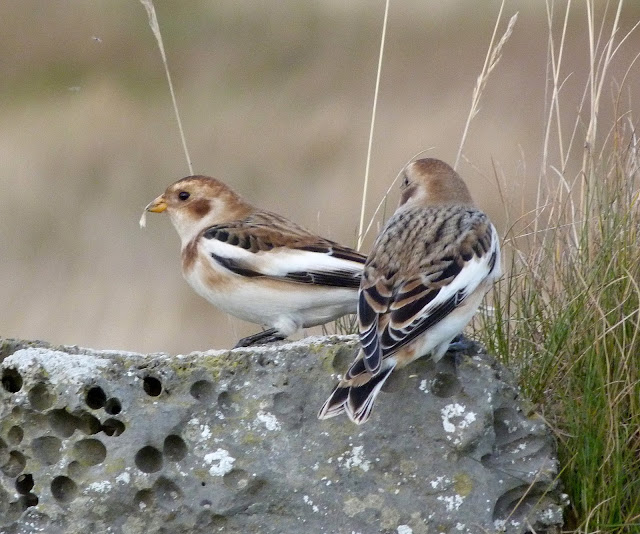 On the beach in the harbour area were Ringed Plover, Dunlin, Redshank and Bar tailed Godwit 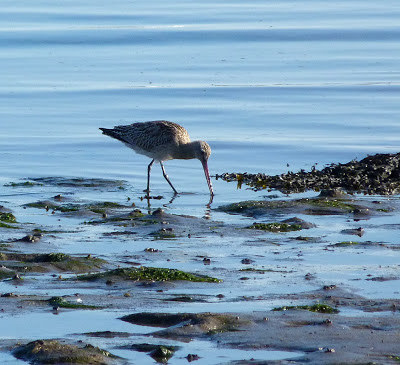 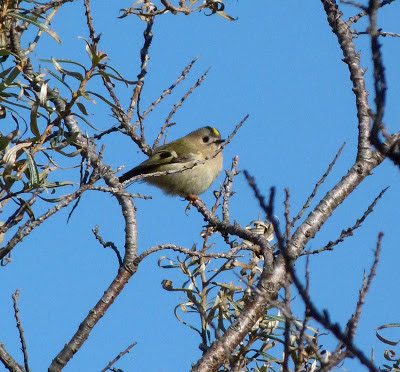 There were huge numbers of birds  adjacent to the causeway, with the large number of  Brent Geese being very vocal.
Large flocks of Golden Plover and Godwits provided exciting flying displays

Although past its best flowering season the castle garden is still a place of peace. It is planted out as planned by its designer, Gertrude Jekyll.
Nice one, Gertrude! 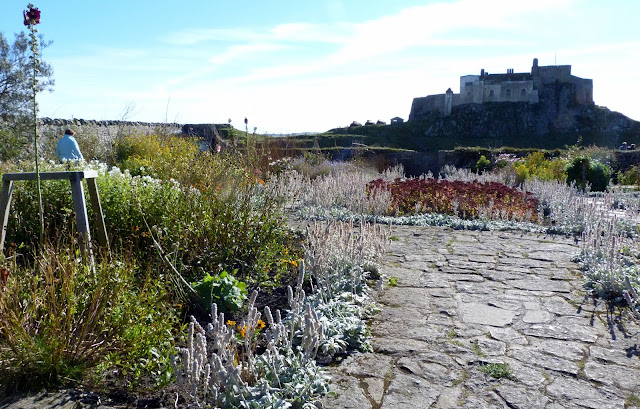 Linnet and Goldfinch were regularly seen 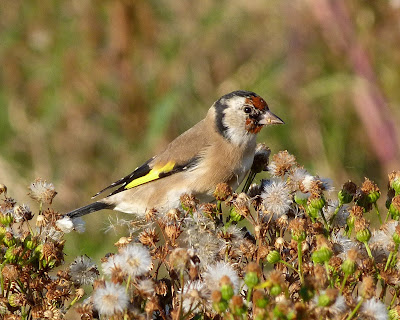 After all of the recent rainfall the Town Moor is swamp like in large areas
Together with the mud making cow herd still on the moor there are a couple of well muddied ponds which I hoped may hold some birds. Late this afternoon I set off to check them out.
The first distant target I could see had birds flying over it but then they were flying off. By the time I was in binocular range I was just in time to see a Sparrowhawk flying away - so no more birds there for a while.
My second target was being approached by a couple with six dogs - another blank.
Being almost there I set off for Exhibition Park pond setting a Snipe to flight from one of the numerous wet areas.  The pond held six Goosanders. 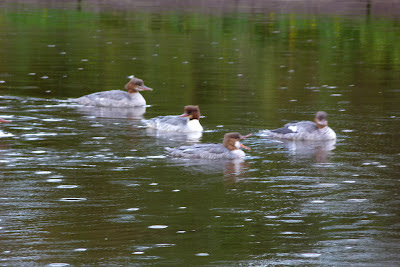 On the return over the Moor I could hear the calls of Golden Plover overhead where a flock of many hundred wheeled about prior to settling into their night time roost. I understand that this Town Moor roost has been going on for many years. 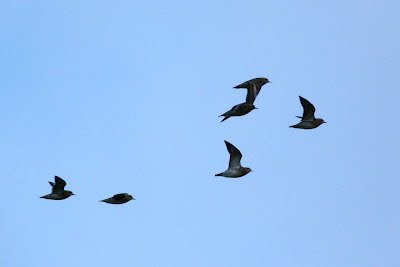 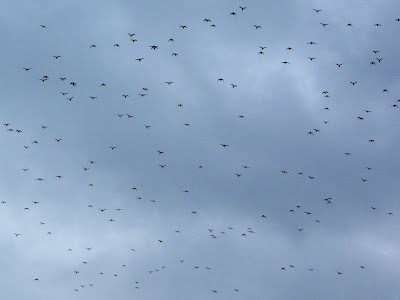 Pied Wagtail and Black headed Gulls were populating the many wet and muddy patches
across the Moor
Posted by Citybirding at 19:27 No comments: