The plan was to hunt for basking Adders on Sunday morning but by the time I drove to Fontburn the sun had almost gone. However its a nice place to be so I set off to walk along the North shore. Sparrowhawk and Fieldfare were the first birds to note. There were around 20 Canada geese in the adjacent field. While skirting the head of the reservoir, Newbiggin Farm provided a view worth a sketching attempt. 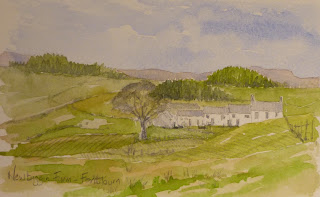 Three Buzzard and one Raven flew over calling strongly. As I approached a feeder stream another pair of Buzzard flew overhead. 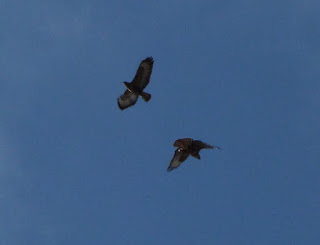 As soon as I reached the stream I caught sight of a Dipper. Then I realised there was another close by.
One of them adopted a pose of pointing its bill vertically skyward whenever the other approached. Don't know what that was all about. Perhaps a mating routine. They stayed close together for the time I watched. 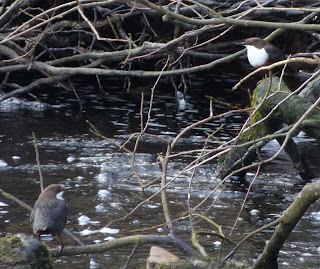 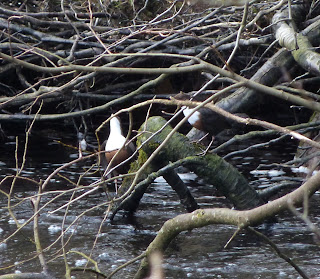 Nice post! Its really interesting. The ideas were good and helpful to us.
VOIP Services in India
VOIP Providers
IVR Call Center Software

gta 5 apk
And finally, I now have access to Howdon Wetlands thanks to Colin B, so a twitch was very necessary to this newly-accessible site for one of my favourite ducks